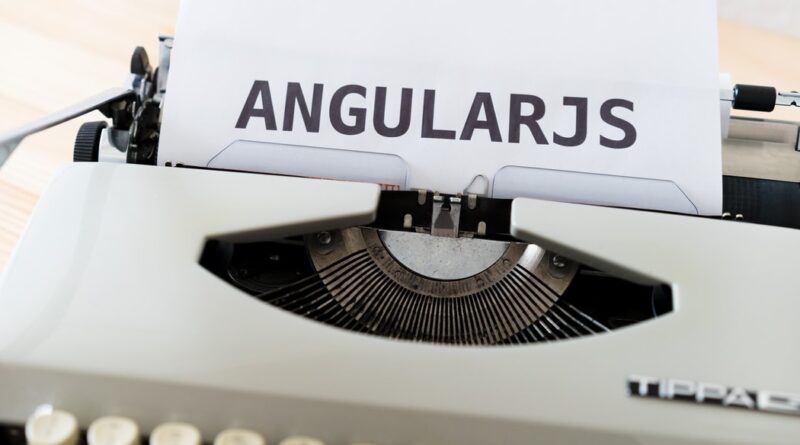 Hi developers! You need to educated in the field of your profession. This applies not only the perfect mastery of programs, writing code but also knowledge of the history of frameworks, primarily when you work with them. That’s why I wrote an article about the history of one of the most popular frameworks for developing one-page applications with AngularJS. Knowing this material, you will understand why it has such functions and how it works. I hope I will be able to explain to you the history and answer some of the questions you may have. Read on, and it will be interesting!

As you already know, Angular is a framework developed by Google (namely, the founder is Misko Hevery). It happened in 2009, and since that time, it has gained incredible popularity. This is not surprising, because this framework supports the developer throughout the construction of the program: from the design of the User Interface (UI), writing business logic and ending with testing. It is safe to say that Angular is free from routine. The framework adapts and extends traditional HTML to provide two-way data binding for good content, allowing automatic synchronization of MVC. As a result, AngularJS improves the productivity of apps and simplifies their testing. But where does the history of Angular and frameworks in general originate? Let’s move on to the evolution of web development frameworks focusing on the JavaScript frameworks.

What is JavaScript and Why?

It was created in 1995 by Brennan Eich who worked at Netscape and developed in 10 days! Think about what you do ten days ago.☺ It was at this time that one of the ‘browser wars’ (as I call them) took place when Netscape and Sun Labs joined forces against Microsoft. They’re all pretty much fighting for which browser is going to be the main one. JavaScript was made to make a browser interactive. And that’s why they joined forces to create it. At first, they called a LiveScript, but then the name changed to the well-known JavaScript. The 1990s marked the beginning of a period when there was no framework era, but attempts were already being made to invent something similar. At that time, there was no dynamic content, JavaScript and CSS were very ‘small babies’, and the leading players were Netscape and the Internet Explorer.

After that came the 2000s. So it added dynamic HTML (it means JavaScript and CSS can manipulate the DOM), Drag-n-Drop & animations (Amazon, Wikipedia, YouTube).

Also Read : What is GetIntoPC? All about GetIntoPC

What is the framework? It’s a library; it’s a way to help you organize applications. Fortunately, frameworks allow us to have some common ground. The excellent point is to cross-platform compatibility. Also, it makes code reusable, and it’s nice just to be able to go to your project and copy the code, and it will work. Frameworks also allow us to build out communities that have some great tutorials. The first four frameworks were: Prototype, Dogo, Mootools and JQuery. JQuery invented in 2006 by John Resig. The so-called ‘framework battle’ took place between them and the JQuery became the winner. But progress does not stand still, and AngularJS replaced it.

AngularJS is a client-side JavaScript framework, using which we can develop dynamic web applications. Active application means data or information on a web page, changes from time to time, location to location and user to user. For example, Google-News where information changes from time to time, Google Weather changes from place to site, Gmail/Facebook data changes concerning the user. Using AngularJS, we can develop such applications straightforward with less number of coding lines and a short period. The advantages of this framework compared to other scripting languages which are available now.

He is coming to the history of AngularJS. You already know the inventor and when invented. The company is Brat Tech LCC, California, USA.  Misko Hevery worked there as a testing engineer. Later, in 2012, officially introduced by Google Cooperation. And till today AngularJS maintained by Google and it is providing the updates from time to time. So now if you want to download AngularJS, you have to go to the website which is provided by Google. Who is Misko Hevery, and what is his background? He is an automation testing engineer at Google Company. Previously he worked for other companies like Adobe, Sun Microsystems, Intel, and Xerox, where he became an expert in building web applications. He also works for such open-source projects as AngularJS testing Drivers, ClassPath Explorer, Testability Explorer, Google Singleton Detector, FlexCalendar.

It’s been a long time since the first version of Angular was released, but its creators are still developing updates for users. The latest stable version at the moment is 1.7.9, which was presented in November 2019. Most developers use this, even though in June 2020 the version 1.8.0 released.

The history of frameworks, mainly JavaScript-based, is long and exciting. As you could read in this article so-called ‘framework wars’, which had their winners due to their advantages and disadvantages. But the popularity that AngularJS has gained is due to its inventor Misko, who is one of the most talented web developers. Thanks for reading this article and I think you have found a lot new and exciting for yourself!